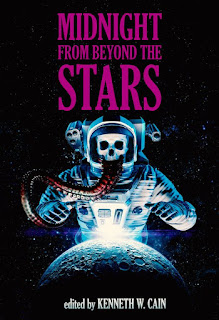 I was fortunate to have short stories included in Silver Shamrock's previous 2 horror anthologies, MIDNIGHT FROM THE GRAVEYARD ("Swamp Vengeance") and MIDNIGHT IN THE PENTAGRAM ("The Corn Maidens"). During the fall of 2020, when I saw the announcement of a third anthology about alien monsters from outer space, I jumped at the chance to write a short story. It took me a couple of months to come up with an idea. I wanted to write an alien story that was different than anything I had written thus far. At first I started a story set on another planet, but it felt too much like a science fiction story and didn't seem like the right setting. I decided my story would be an alien creature invading earth and that I'd make it personal to me.

The idea of setting the story on the Big Island of Hawaii came to mind. I have visited four of the islands and even lived on Maui for a year and a half. Back in 2007, I attended a couple of huna spiritual retreats on the Big Island. We hiked jungles and lava fields, swam with dolphins, meditated in caves, hung out with authentic Hawaiian kahunas, and learned a forgiveness practice called Ho'oponopono. That time of my life, experiencing the mystical nature of Hawaii, had a strong and lasting impact on me. Below are some photos of a Big Island trip when I was much younger. 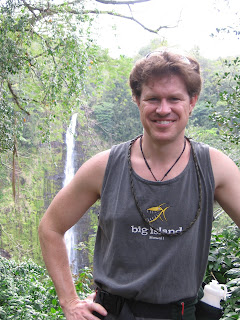 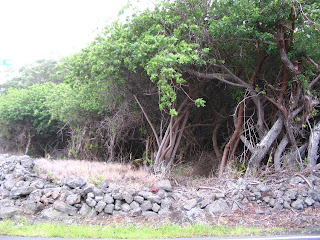 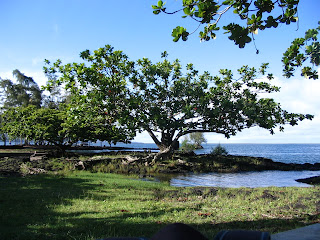 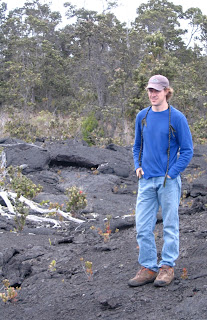 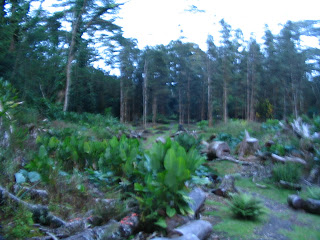 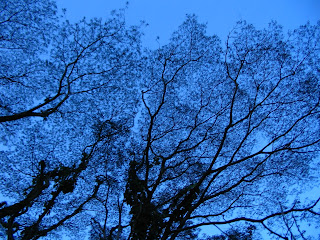 While driving across the Big Island from Kona to Hilo, we traveled along a rural passage known as Saddle Road, which took about 3 hours. This is a very scenic road that passes between two volcanoes  Mauna Loa and Mauna Kea. On part of the journey, we passed through a stretch of Saddle Road that was shrouded with dense fog. The once pictorial forest setting turned creepy and looked to me like we had transported to an alien planet. I remember passing a convoy of army vehicles and learned that the U.S. military had a number of bases on the island. The heavy fog, spooky setting, and heavy military presence gave Saddle Road an eerie mystique, which got my imagination going. We also stopped at a rest stop, enjoyed a picnic and fed wild pigs. I knew back then that one day I would write a story set here, with these elements. Thus, when I brainstormed for an idea for this alien-monster anthology, "Incident on Saddle Road" began to take form.

It's interesting to me how characters get chosen for a story. When I start out writing a story, I usually have a working title and setting first, and then the characters seem to magically show up. For this story, I immediately imagined a divorced, single father, Jeff, driving his two daughters, Kai and Malina, across the island. Because their mother remarried and moved the girls to another island, Jeff desperately wants to treat them to a fun father-daughter weekend. But something otherworldly happens in the fog on Saddle Road that wrecks his plan and they find themselves in a struggle for survival. Huge thanks to Ken McKinley at Silver Shamrock Publishing for accepting my story and Kenneth W. Cain for editing it.

Look for "Incident on Saddle Road" in MIDNIGHT FROM BEYOND THE STARS. The kindle and paperback version are now available to order on Amazon. 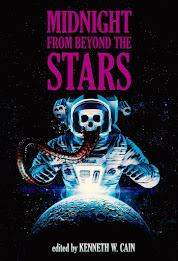 Posted by Brian Moreland at 1:52 PM