Today’s guest writer is a paranormal author who has had plenty of personal encounters with ghosts. Here she talks about how her own haunted home inspired her book Estate of Horror: A True Story of a Haunting. 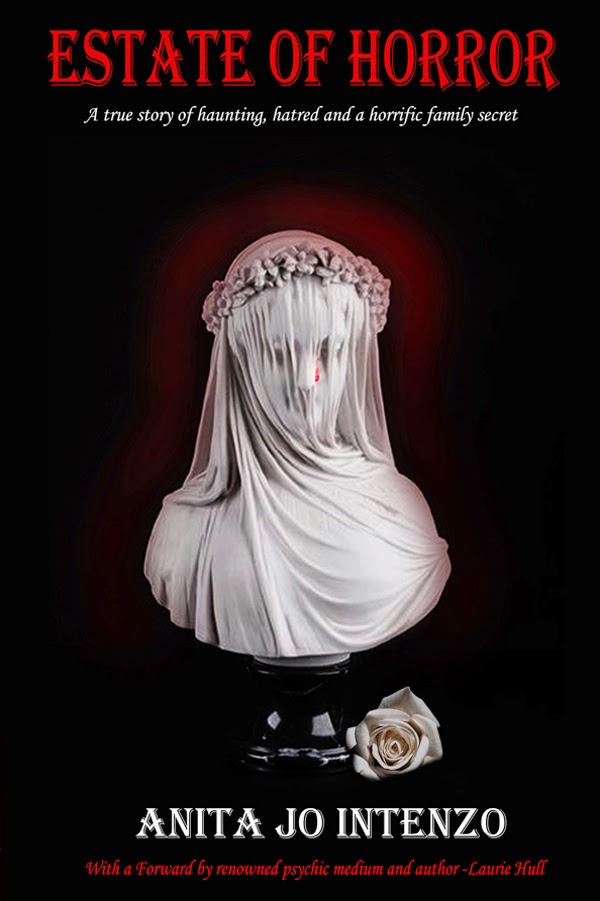 On January 29, 2009 - I stood in front of a group of mourners in a church honoring my deceased friend, who is the subject of my book, giving his eulogy. I never could have imagined I would now be an author telling my true story of an incredible horror―haunting/poltergeist experience―I and my son survived.

When I first entertained the idea of writing a book, urged by my friends and family members after hearing of the unusual events and happenings at the estate of my deceased friend, I had no intention of writing it myself. I felt if I provided the story and the materials, even possibly be interviewed, then someone else could do a better job. Having no formal experience other than creative writing classes in high school and a one-act play―I wrote for a college assignment, ironically about a revengeful ghost―I was on the learning curve. 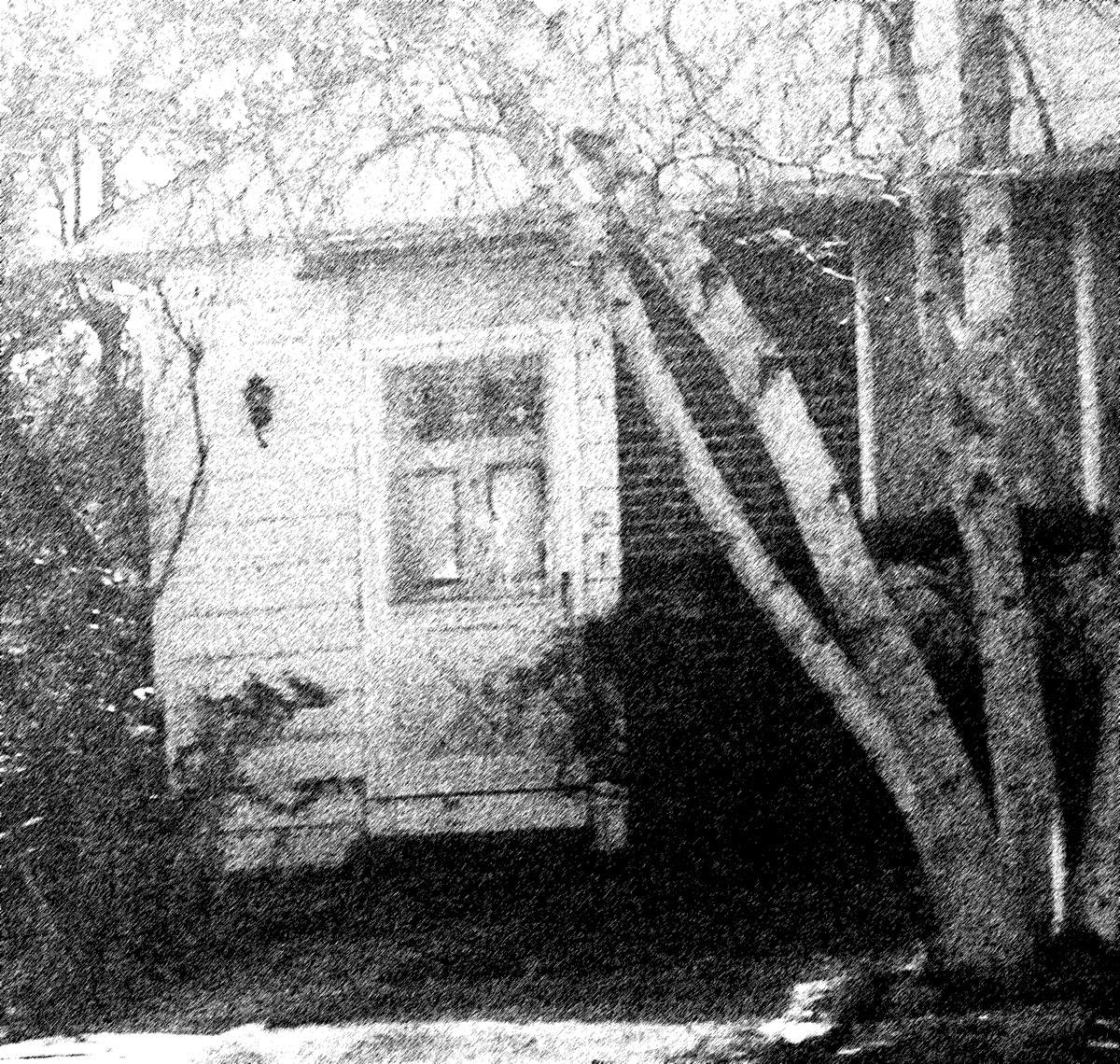 My pen & ink sketch of my deceased friend’s house

But, after experiencing the horrific ordeal with the paranormal I knew I had to record these extraordinary haunted experiences other than a daily diary.  My son and I, along with other witnesses, saw and heard (on our captured audio and visual equipment) extreme poltergeist activity, cold spots, black and gold orbs, an apparition, objects appearing and disappearing, non-human voices and endured physical attacks. I knew if I didn't write my book I'd regret it for the rest of my life. 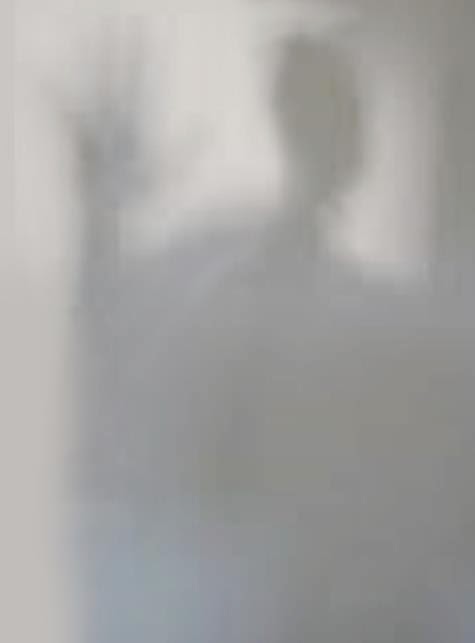 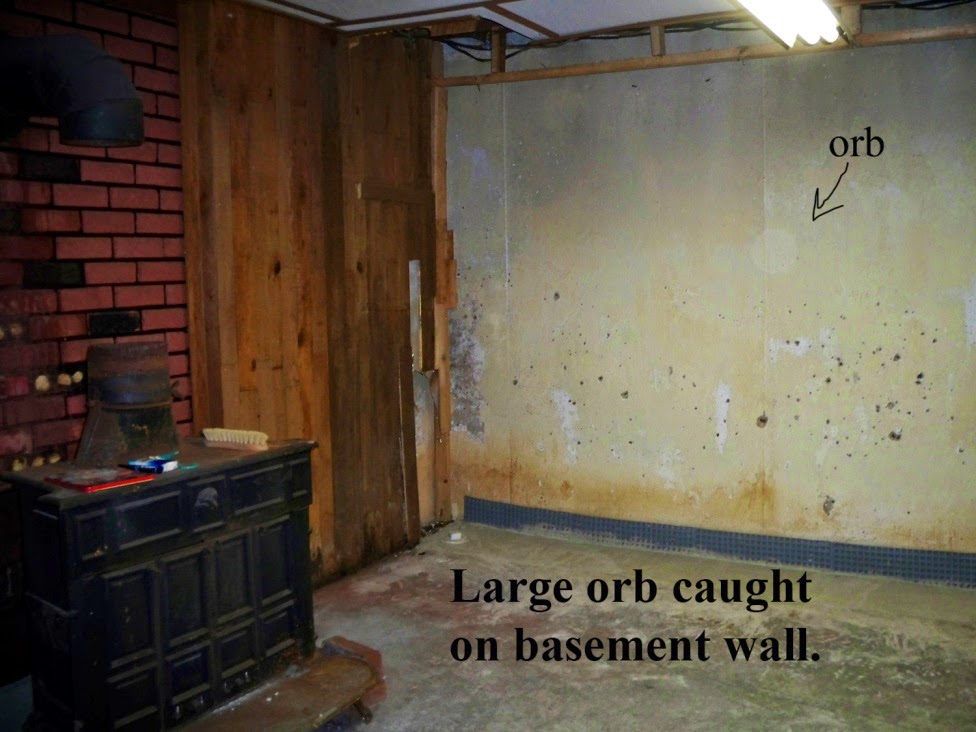 Also, we were able to capture poltergeist evidence on camera and have some of them re-mastered for our youtube channel. Here are 3 of those videos.
Video 1 - June 24, 2009 "Caught on Tape"

Even now, with my debut book published, Estate of Horror, I don’t think of myself as an author. As my background is of a professional artist for the last 47 years, my artwork has always been my visual method of telling a story. 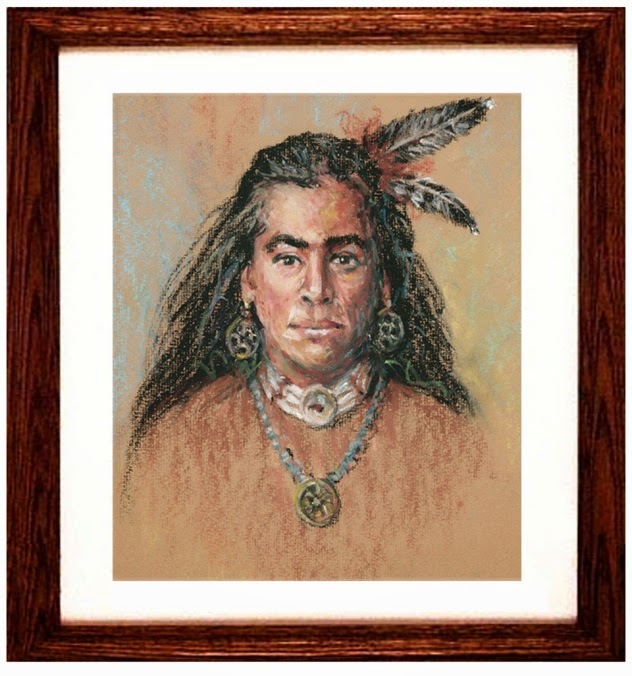 Not thinking myself as an author? This may seem strange coming from someone who is has scored a literary agent, Laurie Hawkins of Collage Literary, who has been a real rock of support and always held an unwavering belief in me. Laurie signed me to a contract in summer of 2011. This was a brave act for her, as she has since been the recipient of some very strange paranormal activity after taking on my project. (Nothing like having your client's manuscript being printed out and the machine spits out a metal clamp over your head and across the room!) 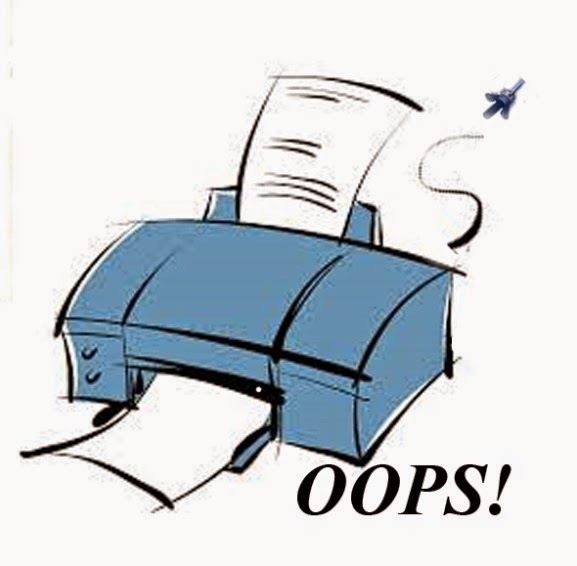 Even with the crazy background of the recent haunting I had experienced, I never expected to be haunted the whole time writing my manuscript. My anthropologist friend left me many items in his will, which I stored in my basement. This turned out to be a very bad decision. Someone or something transferred to my house and was now acting up with major poltergeist activity. My once safe haven―where I spent years as a single parent raising my son, where I worked in my home art studio, enduring economic and personal hardship, caring for two critically ill parents, and proudly handling it all―was now a battle ground for spirits. 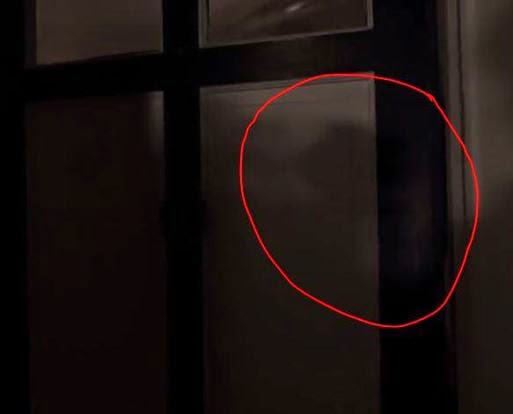 This is actual image of a Shadow Man (with brimmed hat)
on our front door captured on video
while filming our book trailer on July 6, 2012


The psychological and physical toll on me and my family have been enormous. We have gotten used to living a paranormal life every day, but it's not easy. You never get used to looking over your shoulder, or being scratched while taking a bath, or seeing a Shadow Man walking in your front hallway while watching TV, or hearing a horrible growl, or the door rattle to your basement. Even when sudden bouts of nausea and stabbing pains (psychic) in the stomach, while moving boxes in the basement, did not deter me. I felt that the best defensive was an offense! I decided that others needed to know what happened to me, and the ghosts needed to be put in their place. This was MY home and they were not going to frighten me away!

My agent told me before we started that today’s authors have to be very pro-active in marketing themselves, and her advice and my efforts have paid off. I have been on over a dozen radio shows in the last 6 months. One of the most recent shows I did to promote my book was an interview via SKYPE with Norene Balovitch for her show "Do You Believe" on May 18, 2014.

Shortly after the show aired, Norene contacted me and told me that listeners of the show were hearing many EVPs  talking over me when I was being interviewed. The chat room went crazy and was filled with posts written in the German language! She sent a draft of some of the EVPs and what they said were horrific! There was direct spectral interaction with our whole conversation during the show. Norene said her computer acted crazy and her microphone was being tapped without explanation. Her producer said they never had such an experience of ghostly interference with a guest on her show! This video from that Sunday night's show went viral!

My son, Chris, spent an hour the next day listening and transcribing the show. He put his cell phone up to his ear and listened to the archived show in order to make out the words. He wrote down 70 EVPs!!! He was physically and mentally drained after doing this.

He did not know what the other person had copied down and had been sent to Norene. She sent me some of the translations of the German posted in her chat room feed and it related to what listeners heard. There was a man and woman with German accents who were talking over me, saying horrific things about the Holocaust and so much of the foul language were threats directed at me. As it turned out my son’s EVPs matched many of hers! I guess the ghosts are angry that I published this book! Guess what ghosts? Heads up! I'm writing the sequel!
My story isn't over as my haunted journey continues. Now you know why I'm called the haunted author! Available in paperback at Amazon and CreateSpace
Also available for Kindle

Classically trained as a fine artist, Anita Jo Intenzo graduated with honors from Moore College of Art and Design in Philadelphia, earning a B.S. Degree in Art Education. She taught art classes at day and evening schools for 25 years. Her paintings currently hang in collections throughout the United States, and she has had several gallery shows. She started restoring old photos over 35 years ago and created her business, Past Images by Anita in 2000 where she preserves and restores family treasures: photos, paintings and antique dolls, so that their history will endure for future generations. Genealogical and historical societies seek her out for her expert consultations, lectures and appraisals.

In January of 2009, her life took a dramatic turn when, as executrix of a dear friend’s estate, she became involved with the paranormal. As executrix, she was responsible for clearing his house and selling it. It did not take long after she began that task that Anita experienced real and often-frightening poltergeist activity there and soon began confronting true evil. She wrote this book as she was moved and profoundly changed by the experiences. She is now working on its terrifying sequel, DARK TRANSFERENCE.  Anita lives with her family and several resident ghosts, in the Philadelphia suburbs, on a property dating back to the early 1800’s.

Published in January 2014, Estate of Horror: A True Story of Haunting, Hatred and a Horrific Family Secret has received many 5 STAR REVIEWS!

Read this book and find out why people can't put it down or won't read it before going to bed! Currently up on Amazon and Kindle, online B&N.com and special order in all 700 Barnes and Noble stores, and Cape Atlantic Book Stores.

Posted by Brian Moreland at 10:00 AM No comments: