My latest guest writer is someone whose work I’ve been a fan of since the 1980s, when Eric Red was writing screenplays and directing movies. Two movies he wrote I consider classics. You may have seen The Hitcher (1986) and the vampire flick Near Dark (1987). When I was studying screenwriting at UT Austin back in 1989, my professor talked about Eric Red and his screenplays, and we discussed The Hitcher in depth. I admired Red’s early success as a writer. In 1991, I went to the theater to see the horror movie Body Parts and there on the big screen was Written and Directed by Eric Red. Mr. Red went on to write and direct some other recognizable horror movies, including Bad Moon and 100 Feet, to name a few.

After making his mark on the movie business, Eric Red has gone on to write comic book series, graphic novels and channeled his talents into writing horror short stories and novels. I was thrilled when he joined the team of authors at my publisher Samhain Horror. Now, with the release of his latest Sci-Fi monster novel, It Waits Below, I’m honored to have Eric Red as a guest on my blog as he shares his wisdom about researching for a horror novel. 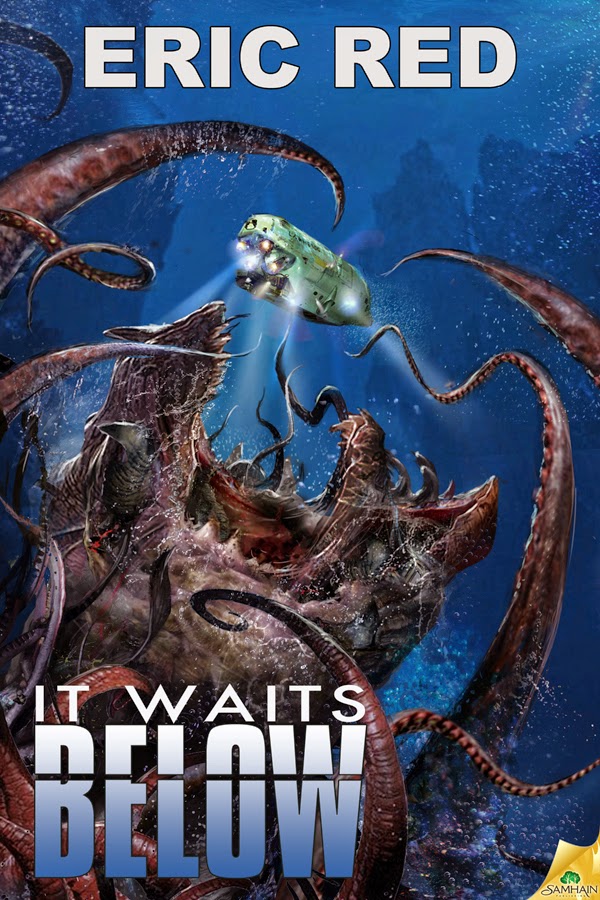 What does research matter in horror?

You’d think doing research as an author would be less important for a horror novel than other literary genres, because monsters and the supernatural aren’t real—or at least some think so. But in my opinion, the more realistic the everyday details, technology, ordinance, hardware, professional behavior, and science, the more the reader believes what’s going on, increasing their involvement in the story. Even though the reader knows a horror story is unreal, I believe the greater the verisimilitude, that on an unconscious level people believe what is happening just a little bit more—and it’s that much more scary. It all comes down to suspension of disbelief.

I knew two things before writing It Waits Below, my new Samhain novel about the crew of a three-man Deep Submergence Vehicle who encounter an alien life form at the bottom of the ocean. One, the book had to be technically accurate. Two, I didn’t know shit about subs, and needed technical advisors who did. With the help of The National Academy Of Sciences, I was introduced to one of the top Alvin sub pilots in the world and his wife, a prominent oceanographer and microbiologist. For months they gave me invaluable help explaining how these subs are operated and what the crews encounter many miles down. They answered a million questions and shared fascinating materials that provided inspiration for some of the most terrifying scenes in the book. Later, I would run finished scenes by them and ask if this could happen or that could happen. Without the help of my technical advisers, the novel would have been about as convincing as an old Voyage To The Bottom Of The Sea TV episode.

Some writers are research-wonks, but originally I wasn’t. When I started writing scripts for movies like The Hitcher—road thrillers set in a spare highway iconography—what the hell did you need to know? Get a map of Texas. Find out the makes of the police cars and what kind of guns they carried. The rest was pure imagination. But over the years, as my subject matter grew more involved, so did the research entailed. What I discovered was some of the most creative ideas often sprang from the research. 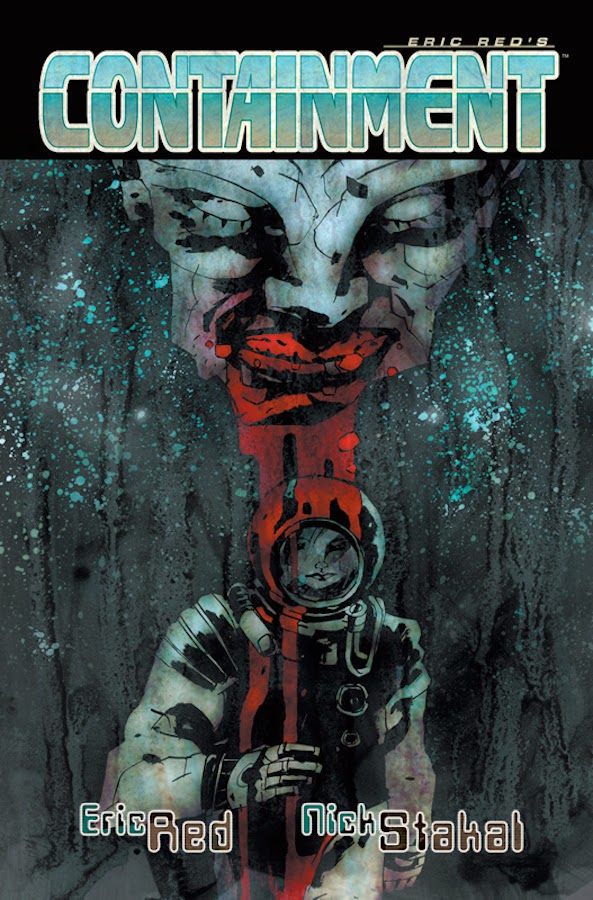 For instance, in Containment, my IDW zombies-in-space graphic novel about to be re-republished, I had to research long-distance space exploration and immediately realized the movie cliché of these cavernous space arks is a total myth. The fact is everything would need to be built as small and compact as possible to conserve weight and mass for propulsion. The creative opportunity was since the story involved cryogenic zombies on a spaceship, the more cramped and claustrophobic the surroundings, the greater the tension and suspense.

In It Waits Below, the alien comes to earth and ends up at the bottom of the ocean on a falling asteroid that destroys a Spanish treasure ship in the 1800’s. Centuries later, a salvage dive by treasure hunters sets the story in motion. Again, a little research paid off. I hunted down some footage of meteor strikes and was astonished by one event filmed not too long ago in the Eastern Block by witnesses on DV cams and iPhones from every conceivable vantage point. An actual large asteroid impact didn’t look like I imagined, or had seen in movies—it was a pulsing light over the world that turned in day to night to day to night and back again; utterly apocalyptic and chilling. So the crashing meteor that hits the treasure gallon in the opening of the novel was described in just such a manner.

Even when you know the technical realities of the subject matter, you inevitably take certain liberties. In It Waits Below, for dramatic purposes, I needed a second chamber in the DSV that houses a specially designed diving suit—people have to run and hide from aliens somewhere in a fifteen-foot sub, after all—and neither of these exists in actual submersibles. Still, I ran it all by my Alvin sub pilot consultant, and made it as “speculatively accurate” as possible.

The space monster stuff—well, that I made up!

Here’s the synopsis for It Waits Below:

It waits no more!

In the 1800s, an asteroid carrying an extraterrestrial life form crashed to earth and sunk a Spanish treasure ship. Now, a trio of salvage experts dives a three-man sub to the deepest part of the ocean to recover the sunken gold. There, they confront a nightmarish alien organism beyond comprehension, which has waited for over a century to get to the surface. It finally has its chance.

As their support ship on the surface is ambushed by deadly modern-day pirates, the crew of the stranded sub battles for their very lives against a monster no one on Earth has seen before.

It Waits Below is available through Amazon, Barnes and Noble, and Samhain Horror. 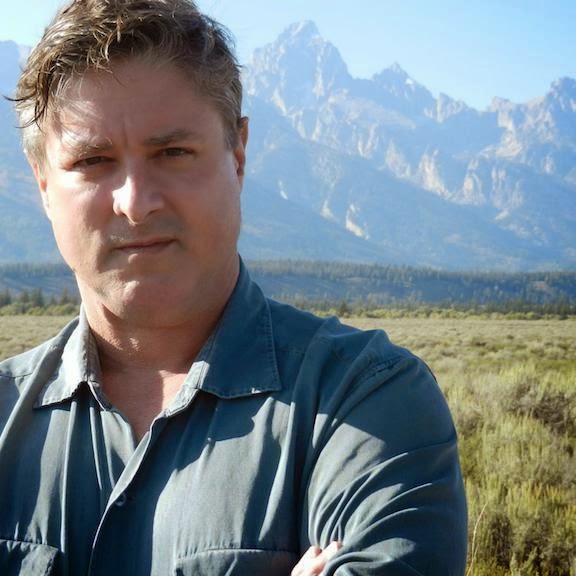 Eric Red is a Los Angeles based motion picture screenwriter, director and author. His original scripts include The Hitcher for Tri Star, Near Dark for DeLaurentiis Entertainment Group, Blue Steel for MGM and the western The Last Outlaw for HBO. He directed and wrote the crime film Cohen And Tate for Hemdale, Body Parts for Paramount, Undertow for Showtime, Bad Moon for Warner Bros. and the ghost story 100 Feet for Grand Illusions Entertainment. 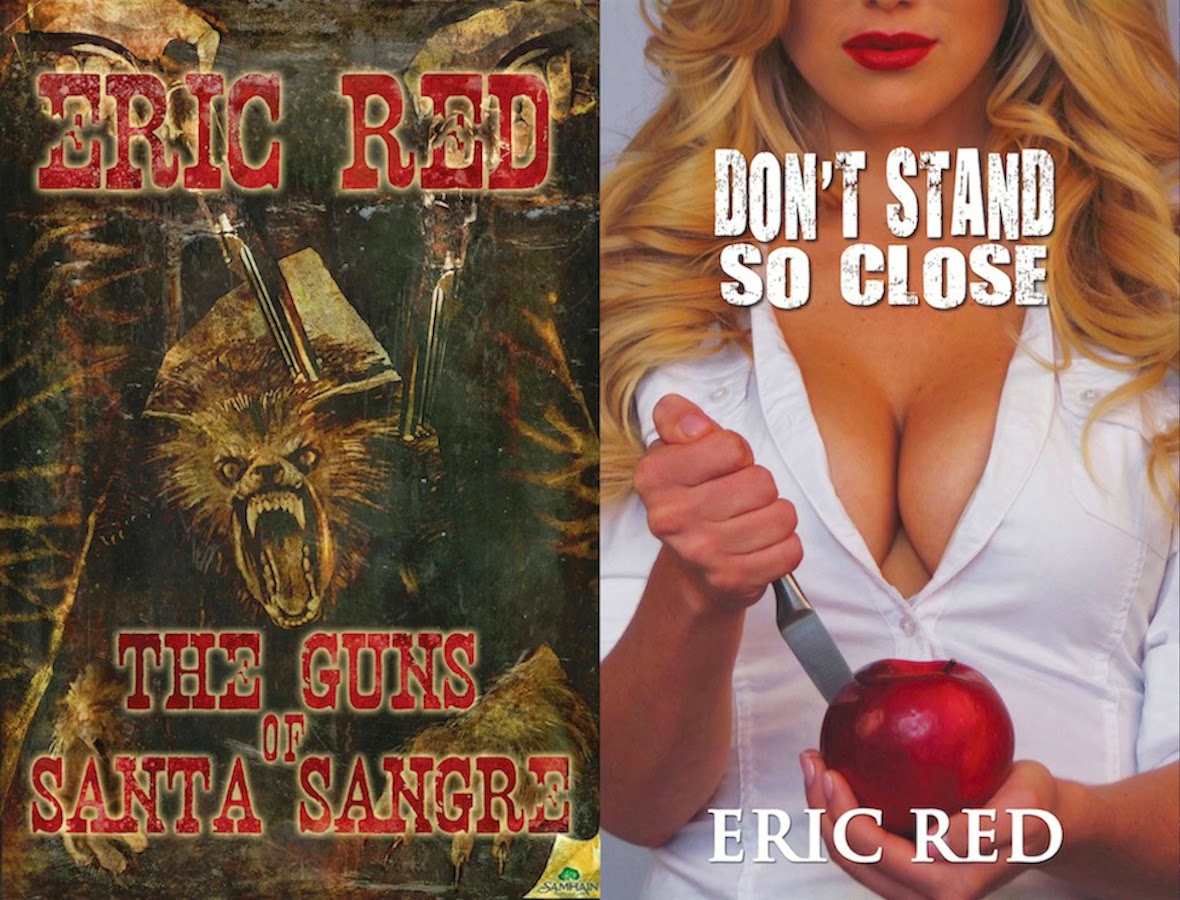 Mr. Red’s first novel, a dark coming-of-age tale about teenagers called Don’t Stand So Close, is available from SST Publications. His second and third novels, a werewolf western called The Guns Of Santa Sangre and a science fiction monster novel called It Waits Below, are available from Samhain Publishing. His fourth novel, a serial killer thriller called White Knuckle, will be published by Samhain in 2015. A collection of eighteen of his horror short stories titled Toll Road will be published by SST Publications in 2015.

His recent published horror and suspense short stories include “Colorblind” in Cemetery Dance magazine, the western horror tale “The Buzzard” in Weird Tales magazine, “Pack Rat” in Beware the Dark magazine, “Little Nasties” in Shroud magazine, “In the Mix” in Dark Delicacies III: Haunted anthology, “Past Due” in Mulholland Books’ Popcorn Fiction, and “Do Not Disturb” in Dark Discoveries magazine.

Mr. Red’s website is: www.ericred.com.
His IMDB page is: http://imdb.to/LyPooe.
Posted by Brian Moreland at 11:00 AM