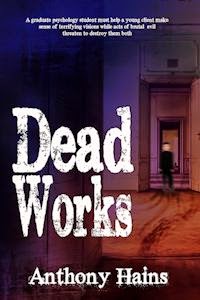 The final version of Dead Works is only remotely similar to the original version. My initial plot for the novel involved the mishaps of ghost hunters exploring a 100 year old mansion situated in a glorious setting on Long Island Sound in New York. One of the characters had a back story that involved him in therapy as a child - an account that may have topped out at 800 words. So, this wasn’t a huge focus, but rather an interesting tidbit to illustrate a character.

The only problem with this back story idea was that I couldn’t shake it from my mind. The issues involving the therapy became more complex, even if I didn’t start out with the intention of putting them on paper. It was only a matter of time until this back story became more interesting than the original plot. I realized that I needed to jettison the ghost hunter notion and go with the kid-in-therapy narrative.

Since I am a psychologist and a professor of counseling psychology, I immediately knew the angle I was going to take. The main character was going to be a graduate student – a counseling psychologist in training. The young man would be in a practicum class where students are placed in a clinical setting and conduct therapy under the supervision of an on-site psychologist and a university instructor. After all, I live this stuff on a daily basis. I have taught at least one practicum class a year for the past 25 years. I know how students think and act. And, even though it has been a very long time, I still remember what it is like to be a graduate student. The client, of course, needed to be a kid – again, no problems since my professional area of focus is pediatric psychology and I have been studying and interacting with adolescents most of my professional career. While this group can be a pain in the butt for many professionals, I rather enjoy the population.

The challenge came with making the process authentic without losing a reader. Losing a reader can happen a couple of ways with this type of narrative. First, if I wrote an accurate account of therapy, the layperson would become increasingly frustrated. Unlike screen portrayals of therapy, there are rarely (if ever) those dramatic eureka moments when the client gains insight and the problem is solved within minutes. In most cases, the problem and the goals of therapy are identified early, and the difficult work involves the client learning and practicing new ways of coping or behaving to address personal concerns. This takes time, depending on the nature of the problem.

Second, if I did go for the dramatic denouement and make the therapy passages unrealistic or simplistic, I would run the risk of personal embarrassment if my colleagues or students actually read my fiction (so far, none have as far as I know). Pure vanity (or maybe self-respect?) on my part, I know.

So, I provided excerpts of five therapy sessions involving my graduate student protagonist, Eric, and his thirteen year old client, Greg. I deleted some of the more mundane interactions between them, and stuck to the more “thrilling” proceedings. By the way, the boy sees ghosts, so much of the interactions involve the kid learning how to make sense of these events. I portrayed my student character as being competent at this level of training. He makes all the “correct” responses in therapy and his inner narrative is consistent with what graduate students might be thinking.

Anthony Hains is a university professor in counseling psychology, with a specialization in pediatric psychology – his research involves working with youth who have a chronic illness.

Here is the link to my website: http://www.anthonyhains.com
Posted by Brian Moreland at 9:50 AM 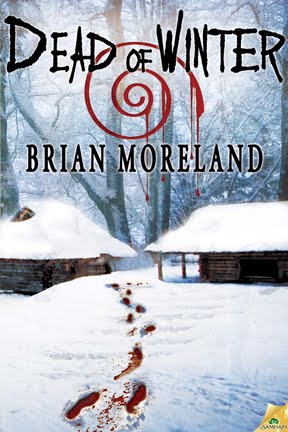 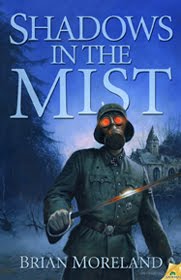